Global markets shuddered this week after President Donald Trump threatened tariffs on billions of dollars’ worth of goods from China, putting the world’s largest economies on the brink of a trade war.

Trade tensions between the US and China are soaring.After the Trump administration said it was ready to hit Beijing with tariffs on $200 billion worth of goods,China’s Commerce Ministry warned it would retaliate. Trump said that could result in another round of US tariffs, altogether threatening $450 billion worth of Chinese goods. 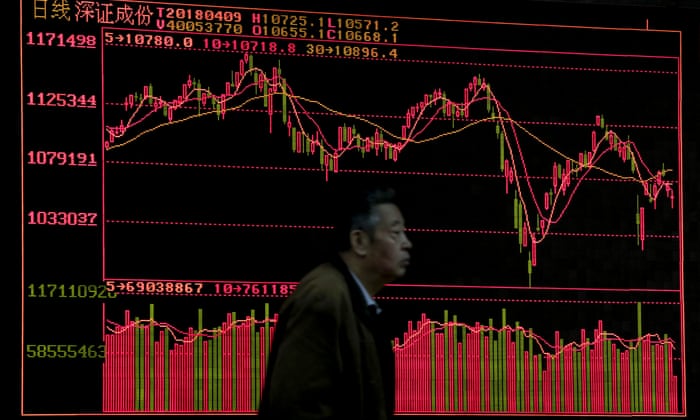 Losses on the Dow thrust the index into negative territory for the year, with firms with business in China, such as Boeing, driving the index’s sixth day of declines.

General Electric, the last original member of the Dow Jones industrial average, was dropped from the blue-chip index late Tuesday and replaced by the Walgreens Boots Alliance drugstore chain. The removal of G.E., which will formally occur June 26, reflects a shift in the economic composition of the United States, which long ago tilted away from heavy industry and toward services, such as technology, finance and health care.

And it also amounted to a milestone for General Electric. It was the last remaining original member of the index, when thestock market measure was introduced in 1896.

A paper published by Canadian think tank the CD Howe Institute suggests that Mr Trump’s threats are having an effect on US manufacturing by using “uncertainty as a new weapon in trade protection”.

Its study says that uncertainty acts like a non-tariff barrier to impede trade and investment by encouraging American companies to move factories back to the US and reduce incentives for US firms to invest abroad.

And more gloom is expected for the markets for the remainder of the week as Russia is also pushing back on US tariffs.Russia’s economic minister, Maxim Oreshkin, said Moscow wouldroll out import duties on US road-building machineryin response to the Trump administration’s tariffs on imports of steel and aluminium.